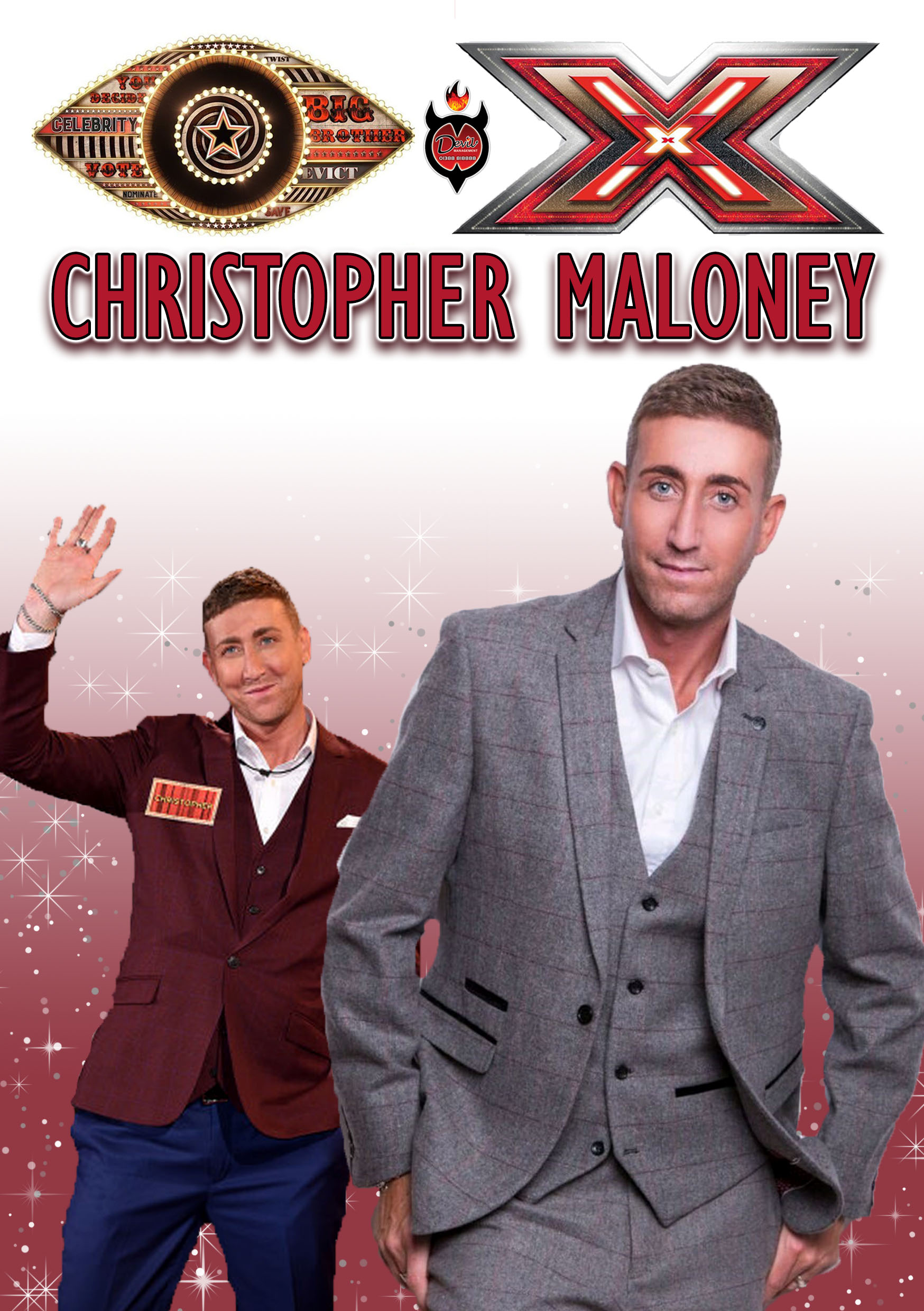 Chris shot to fame on the hit TV show The X Factor UK with his audition of “The Rose”, he struggled with his nerves, but managed to overcome them when he advanced into the live shows as series 9 wild card winner and PEOPLE’S CHOICE beating Times Red, Amy Mottram and Adam Burridge to win the final spot in the live TV shows.

He had major support from celebrities such as Gary Barlow, Bette Midler, Jane McDonald, Lionel Ritchie and Nancy Sinatra, Chris advanced on the public vote nine times being the highest voting Finalist EVER in the HISTORY of X Factor winning seven times out of the nine live shows before finishing as third runner up at the X Factor Final 2012.

Throughout 2018 Chris has delighted many audiences as lead male vocalist in “Dance To The Music” nationwide 42 date UK theatre tour, and hes been Supporting his friend Jane McDonald on her UK tour also. Chris has also been performing live at many festivals, theatre shows, prides and many Charity Events.

Chris is also a proud Patron of the ‘James Bulger’ memorial trust Charity.

His 1st X Factor audition of “The Rose” has had over 65 MILLION youtube hits and counting. 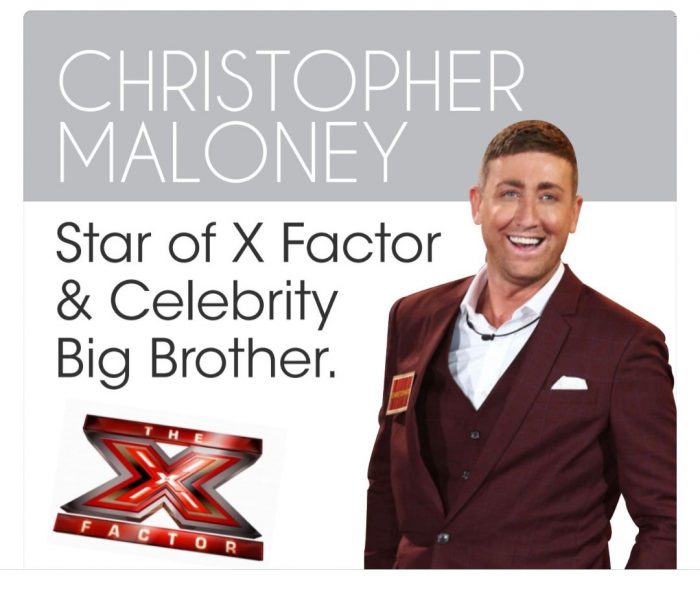 Performing every arena across the UK alongside his friends and co-stars Rylan Clark, Union J, James Arthur & Jahmene Douglas.

Chris signed his first record deal with independent label Tristar Records in April 2013 and he filmed his first music video in the August and on 27 October 2013, he released his 1st debut single “My Heart Belongs To You” which became No1 in all the top download UK and USA Singles Charts which embarked Chris on a mammoth 3 week regional & national UK radio tour. It also went to No16 in the Japanese charts which lead to a tour of Aisa.

In December 2013 Chris landed his leading role as “Prince Valiant” in “Sleeping Beauty” at The King’s Theatre Southsea with New Pantomime Productions starring alongside Danielle Westbrook (Eastenders/hollyoaks) and Lynne Mcgrainger (Home & Away) perfoming 48 shows in 3 weeks to 38.000 people and since has performed over the years in many other professional pantomimes across the UK playing various roles from Prince Charming to Captain Hook.

Christopher will also be filming lots of TV show this year with TX dates to be confirmed, from “Celebs In Therapy, Stand Up To Cancer, Loose women” etc….