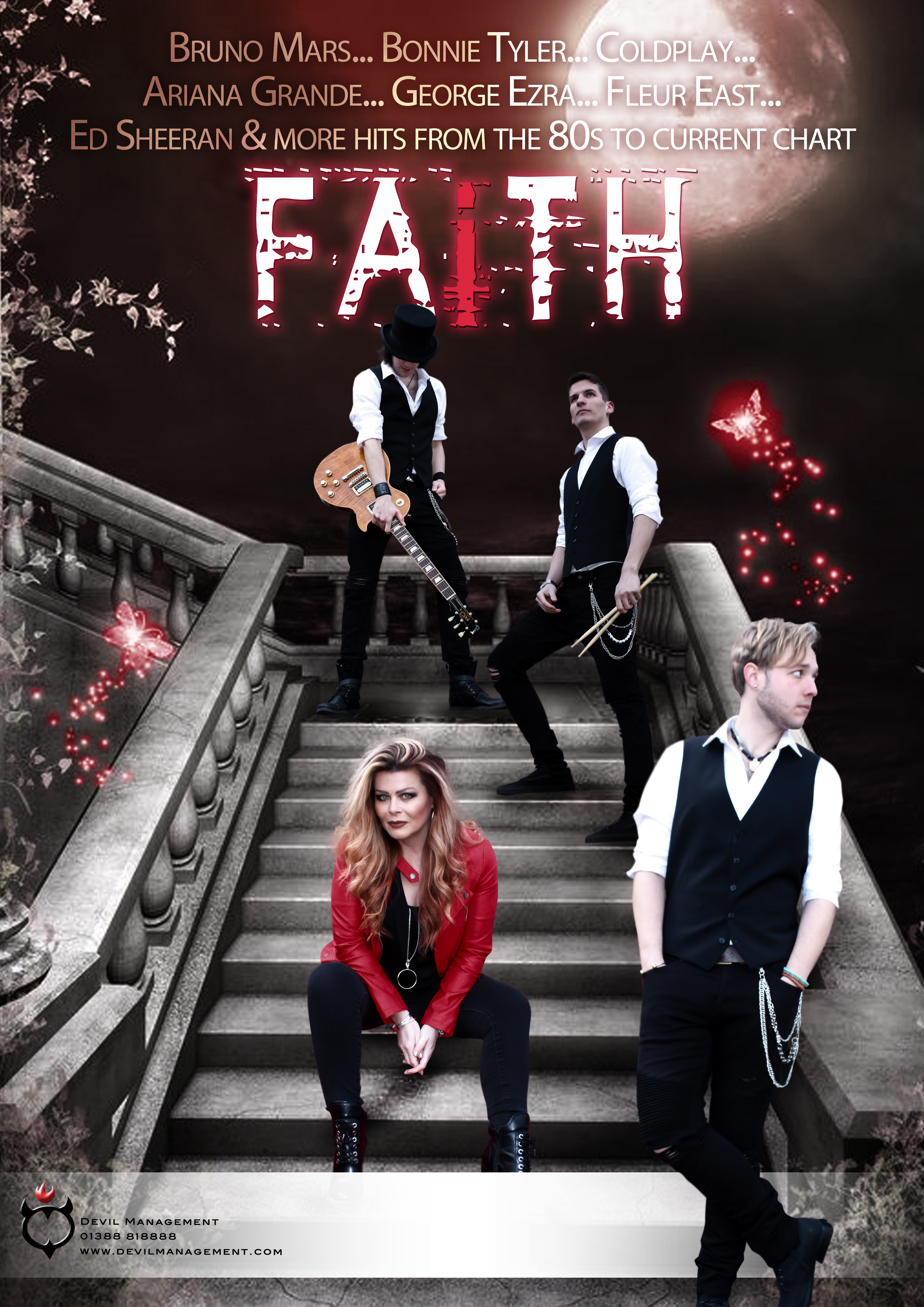 FAiTH are an immaculate 4 piece live party band covering a wide range of hits from 80s to modern day charts. The band is fronted by male/female vocals from Connor McRae & Jennifer Lewis who both have years of experience in performing at a very high standard. They are complimented by Rob on Guitar & Lewis on drums! The band run a state of the art PA system & also carry lights if needed!
This show has headlined at Haven Holiday parks around the UK for 2018 & will be in 2019 & has also performed corporate functions for BMW, American Express, Marriott Group, Hilton Group etc, but also been rebooked many, many times for The British Armed Forces throughout the U.K. & Europe! Book with confidence…….

Enquire about F A i T H!