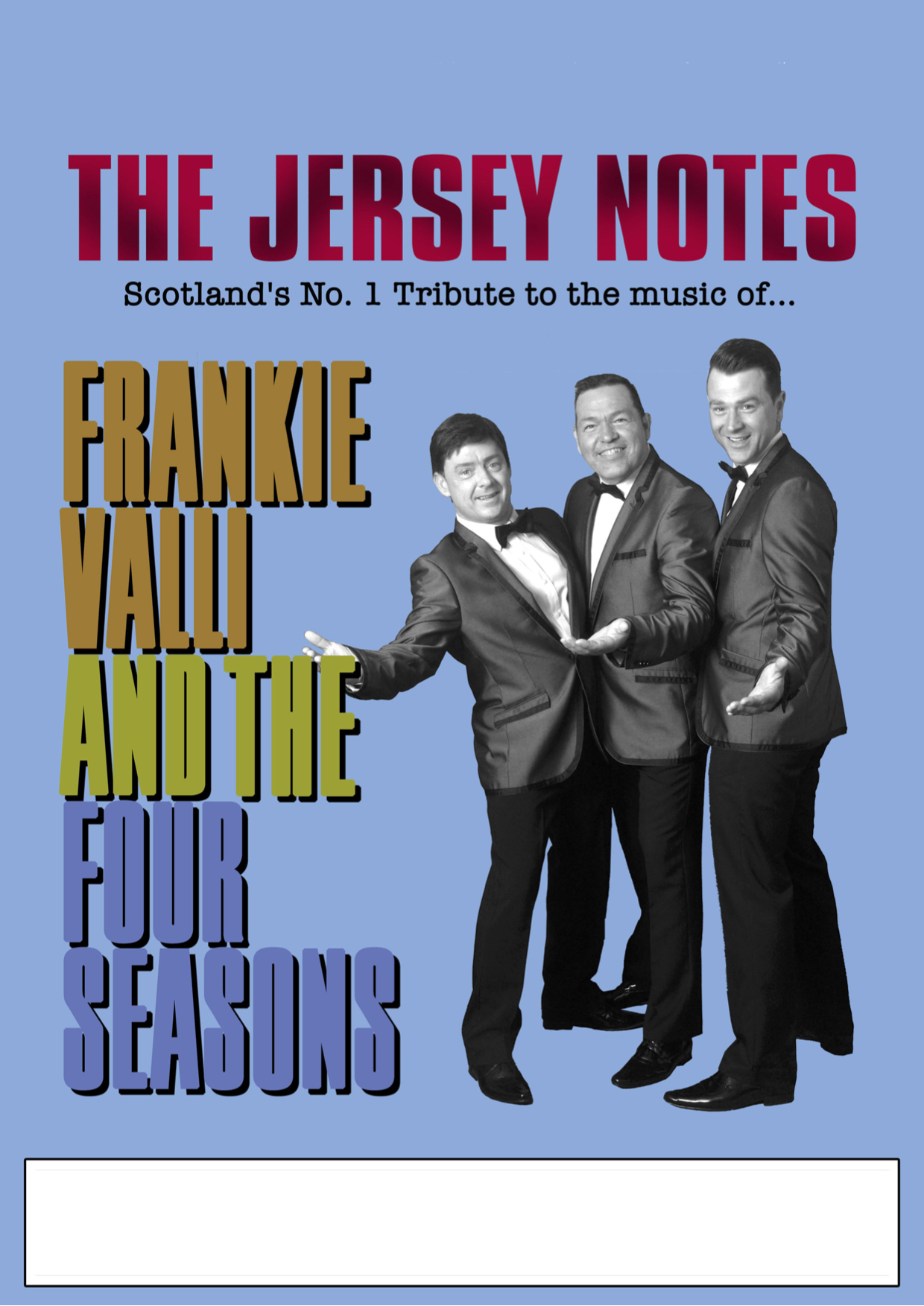 Scotlands No.1 Tribute to Frankie Valli & The Four Seasons!

The Jersey Notes treat you to an evening of nostalgia as they magically recreate the style and sounds of one of the biggest acts of the twentieth century. These seasoned performers capture the trademark vocal virtuosity, tight harmonies and crisp choreography that made ‘The Four Seasons’ one of the greatest vocal groups of all time.

Featuring all of their biggest hits including: Big Girls Don’t Cry, Sherry, Walk Like A Man, Working My Way Back To You, Oh What A Night (Dec 63) and many more, the boys take you on a musical trip down memory lane and remind you exactly why Frankie Valli & The Four Seasons sold over one hundred million records and earned themselves a place in the prestigious ‘Rock and Roll Hall of Fame’.

Following their huge success at the Pavilion Theatre, Glasgow and The Kings Theatre, Edinburgh The Jersey Notes are now taking the nation by storm and bookings are flowing in for theatres and venues up and down the country.

No matter what your age, you will recognize the songs and won’t be able to stop yourself from tapping your feet, singing along and getting down on to the dance floor. With fabulous costumes, tight vocals, slick moves and a comedy flare this show has all of the ingredients for a great night out!