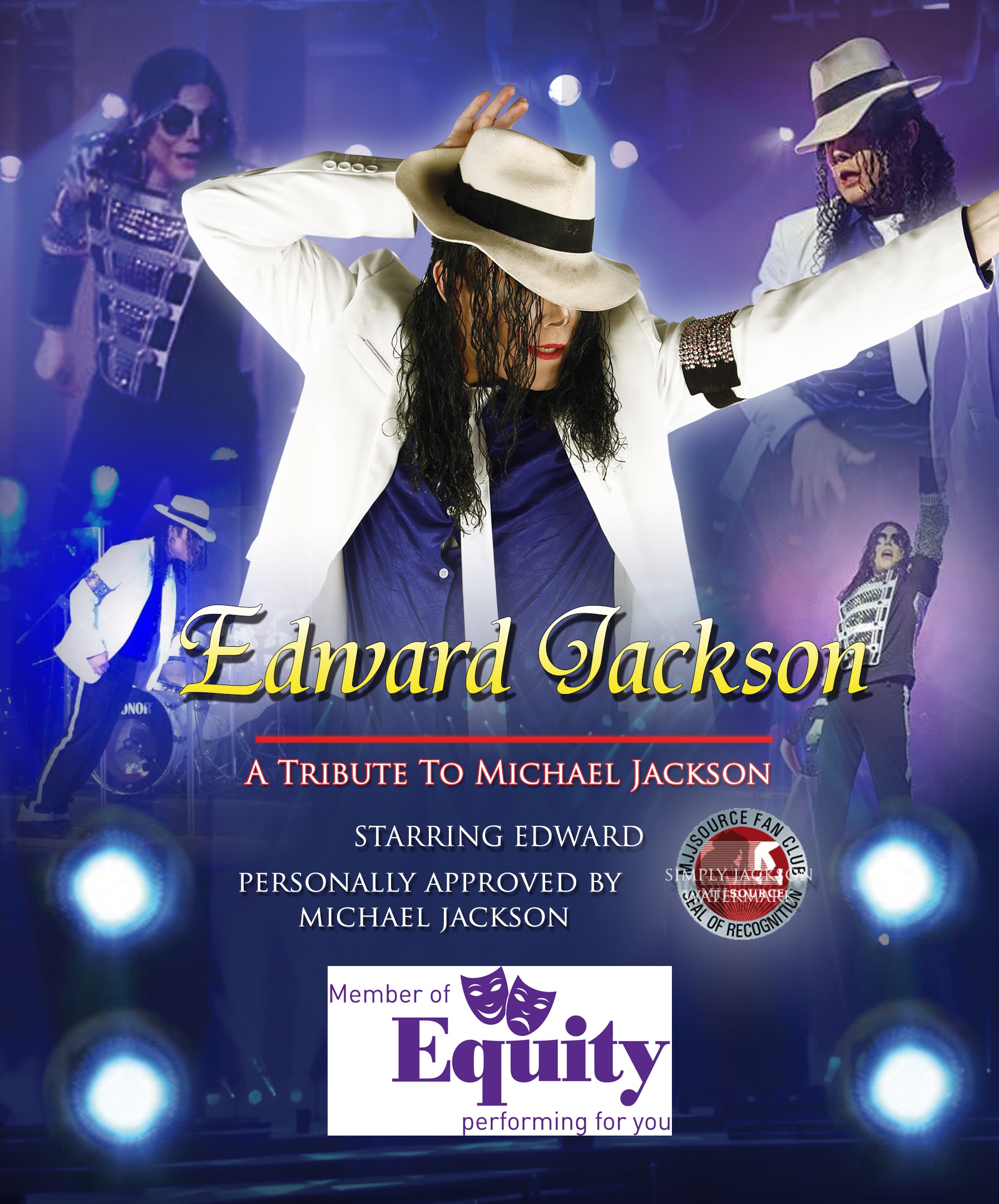 Amazing Tribute to The King of POP!

Edward is a professional tribute to Michael Jackson that has been seen all
over the UK and beyond.

Nominated for The National Tribute Awards 2018.

If you’re looking for a Michael Jackson Impersonator act to be part of your
event, whether it is a wedding, birthday party, barmitzah, club, dinner
show, corporate event, concert, or any other function, Simply Jackson is the
act for you.

Edward has featured in world leading concert venues and productions these
include, Indigo At The O2 London, USA, and Many International shows.

Edward had the honour to hear Exclusive news about his upcoming This Is It
Tour plans back in 2008 From The Man Himself Michael Jackson On The
Telephone.

Edward will leave you mesmerized and for a split second into thinking its
the king of pop himself! Complete with authentic replica costumes as seen in
Michaels tours and historic award winning videos. Whether your a fan of the
iconic beat it jacket, or just simply a white glove fan, this show has it
all.