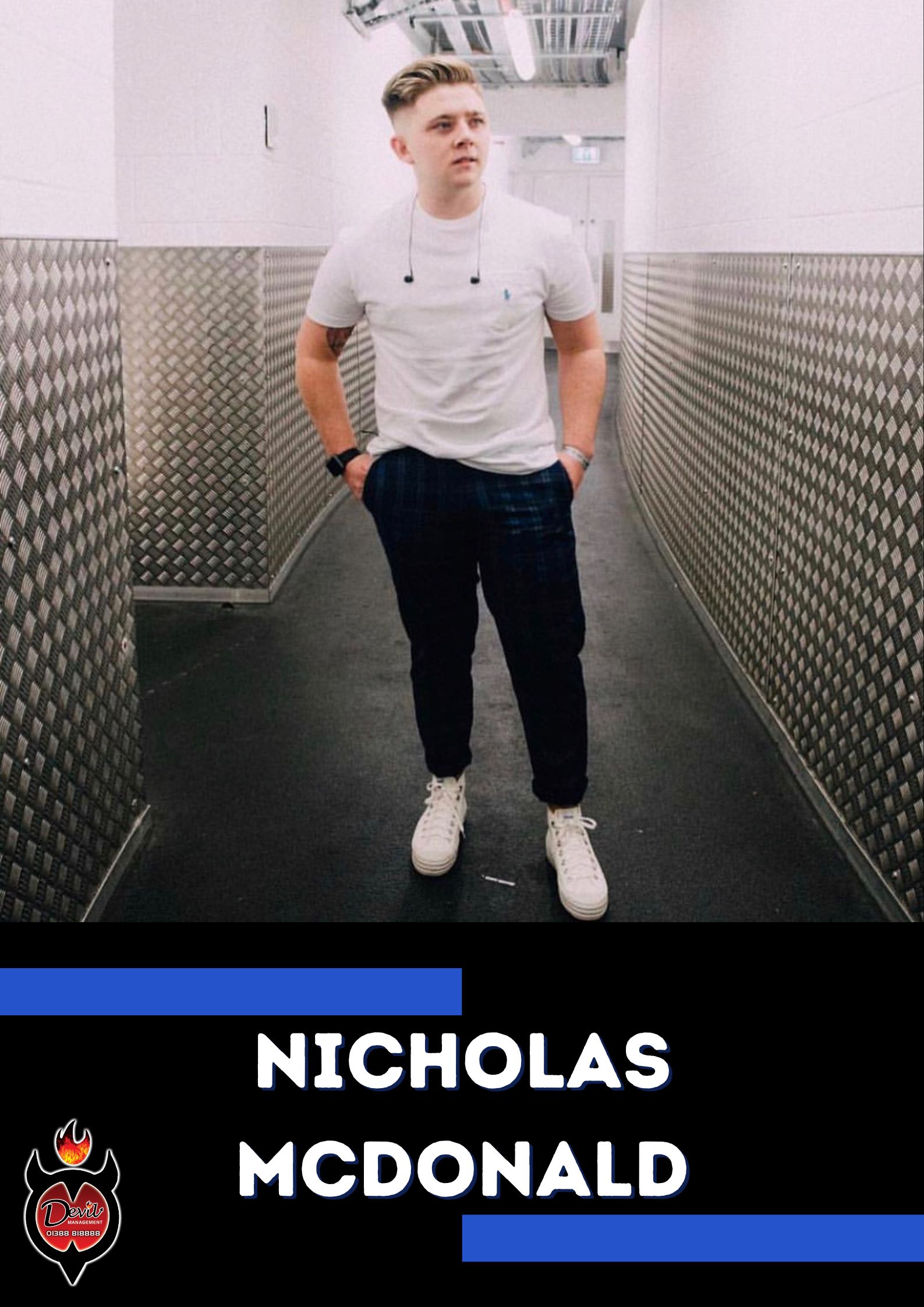 Nicholas McDonald was runner-up on the 10th series of the X- factor, where Sir Elton John requested to meet Nicholas and deemed himself a fan. Nicholas considers himself fortunate to be travelling the world performing. A man at only 26 years young with a huge talent. Nicholas has brilliant vocals and an ability to make people smile with both his beaming personality and incredible performances.

Since the show, Nicholas has completed an arena tour alongside his fellow top 10 Xfactor contestants, followed by a solo tour. His first debut album with RCA Records “in the arms of an angel“ dropped in at #6 on the UK charts and #1 in the Scottish charts.

In recent events he has appeared on ITV’S Xtra Factor, STV, BBC Scotland and Loose Women. Another proud moment for Nicholas, was Shane Filan asking him to join in on Shane’s solo tour to duet the hit song “flying without wings”.

Nicholas brings all the enthusiasm that made him a favourite household name. Saying that, he has recently developed a new show where he performs everything from todays top charts to the beloved ballads. But.. a Nicholas McDonald show wouldn’t be complete without still giving thanks to the fans who gave him overwhelming support on his journey by covering songs he performed in the live shows. Never forgetting the people who voted for him in such numbers, Nicholas also offers a ‘meet & greet’ for your guests & clients to grab those photograph opportunities.

He is available to be booked for: corporate events, festivals, weddings, private parties, shows abroad, holiday parks, fly backs, cruises and everything in between! Nicholas can’t wait to work with you!