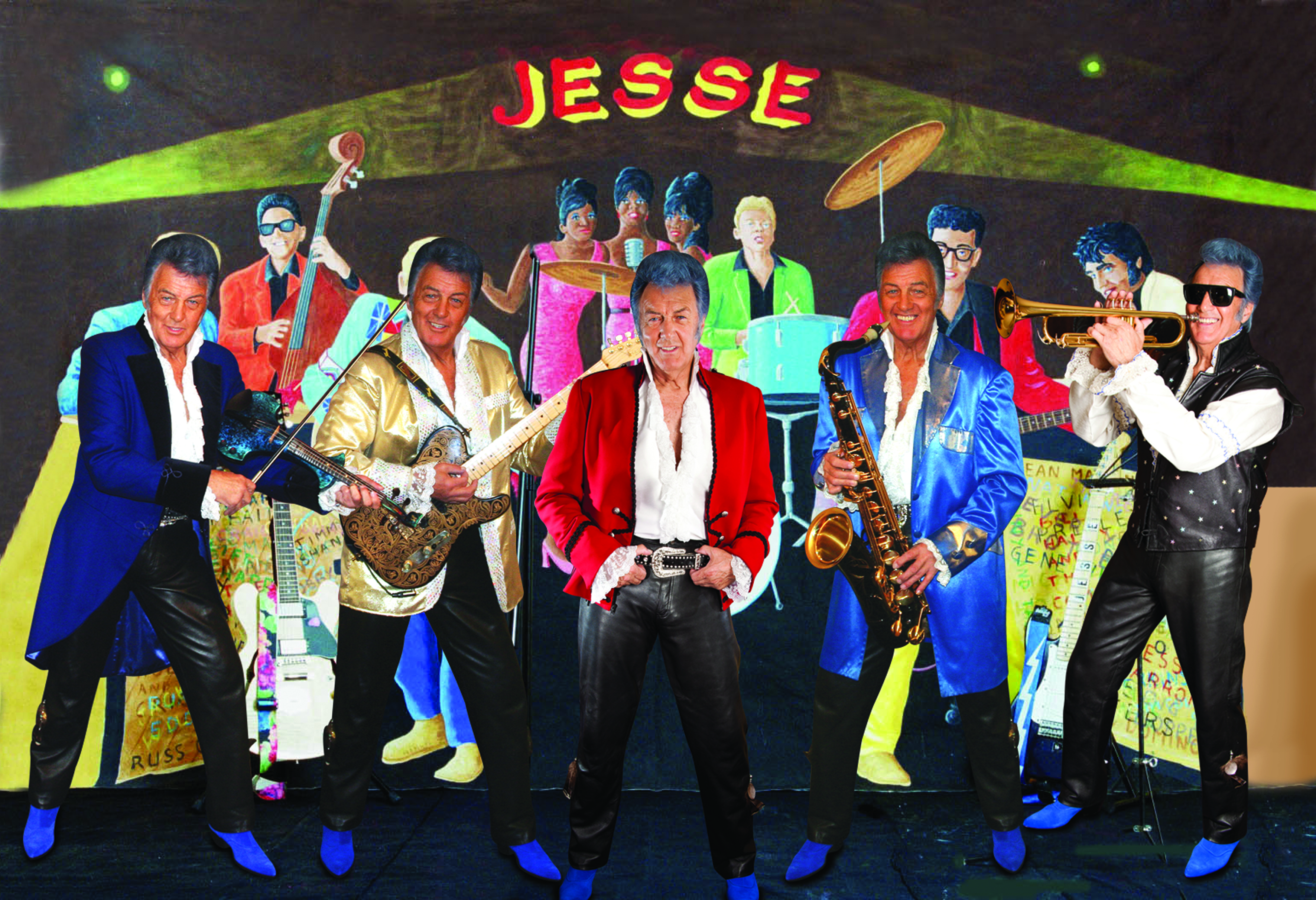 It isn’t often Royalty pays a visit to his subjects but Rock ‘n’ Roll fans of all ages will be out in force when Jesse Garron and his spectacular Rock ‘n’ Roll Show is in town.

Starring Scotland’s veritable Monarch of Rock n’ Roll, this blue haired, yes! Blue Haired, unbridled sex & satisfaction Multi- Instrumentalist Legend JESSE GARRON with the golden throat is one of the best concert attractions in the country today .  If you really want to push the boat out, Jesse can be supported by his flawless ensemble of band & Dancers “The Wreckin Crew” use the word “tight” and you’ll be right. As for Jesse himself, the word is Presence. He is a masterful showman, and as sensitive to the audience as a tuning fork is to a piano.

Enquire about THE REBEL ROUSER SHOW BY JESSE GARRON